Lady of The Helm

Like most people I was really skeptical about self-published books, but T.O. Munro’s Lady of The Helm has won me over. It is a dark and brilliant tale that had me enthralled. 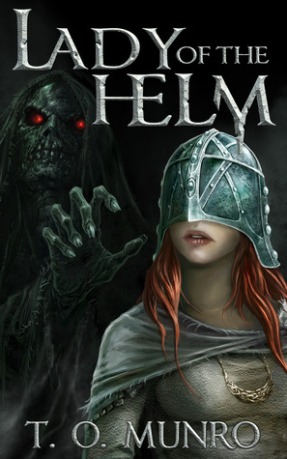 T.O. Munro’s debut novel is a deep delve into the kingdom of the Salved. The story revolves around the former priestess and princess Niarmit. When a cabal of men release an ancient evil, she has to retake her role as the savior of her people.

Munro’s brilliant character makes you really feel close to the story and he makes you root for the character no matter how ruthless they might be. I would class him in the same group as George RR Martin and Mark Lawrence, dark and brilliant. As I was really skeptical to self-published works before, I have now decided to publish my own works as self-published, and I can thank T.O. for his inspirational work.